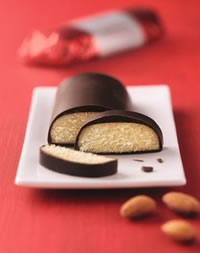 Niederegger Marzipan was invented far away, where almonds and sugar is grown. Rhazes, a Persian doctor who lived from 850 to 923, wrote a book in which he praised the curative qualities of almond and sugar paste. Great Hanseatic merchant boats brought spices and other prized ingredients to the North. Initially, however, only apothecaries were allowed to trade with sugar and spices. Not until confectionery became a trade in its own right were so-called 'canditors' allowed to produce marzipan.

The first Europeans to indulge in marzipan were kings and rich people. It has been reported that Queen Elizabeth I of England, who lived from 1533 to 1603, was addicted to all things sweet. The saying 'regal enjoyment' was created.

Later, at the French 'Sun King' Louis XIV's sumptuous feasts, huge tables laden with marzipan were the order of the day. Marzipan reproductions of all sorts of fruits, poultry and game were created - anything you desired could be made. 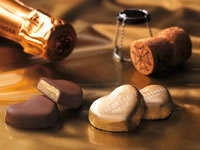 In the first half of the 19th century, the general population was now able to sample the almond delicacy to their heart's content in coffee houses. Now that sugar could be extracted from sugar beet, the costly luxury became slightly more affordable.

Niederegger's recipe for marzipan - as many almonds as possible, as little sugar as necessary - and this recipe has been passed on from generation to generation.

That way, Niederegger Marzipan remains what it has always been: a delicious speciality made from the very best almonds.

For trade enquiries contact The Fine Confectionery Company at www.fineconfectionery.co.uk

This site uses cookiesUsing this website means you're ok with this. Read more